When I was five years-old I lost my father. But I would still say that I has a fairly normal life. Everything was pretty normal until I hit high school when everything began to spiral out of control. My family moved to Hawthorne and it wasn't too much longer that I started to use heroin. I began using to hide from myself and cover up the pain I was starting to feel. I thought I would be fine and that my family was always going to support me, until that one day, after six years of drug abuse and all the craziness that comes with it, I got kicked out.

I went right to the streets of Paterson and it got a bit rough living out there. The only good thing that came out of getting kicked out was that I met Tim and his team. With every passing day, I became a bigger and bigger mess, but ran into Tim more and more around Paterson. every time we would meet, he would pray for me and let me know that there were options, but I kept telling him that I wasn't ready. After about a year-and-a-half, I finally went to Time for help and he did not hesitate to help me.

So, On March 13, I told Tim that I wanted to go to a Christian program and that next morning they has me in detox. On March 18, Tim and David picked me up to take me from detox and drove me out to Ohio to start a discipleship program. The minute I got to the house in Ohio, a different feeling came over me and I knew I was in the right place. It wasn't east in the beginning, but I knew my recovery was only going to work with God. Before God, I tried everything else, but now I realized how I needed God in my life. I feel his love like no other, and recognize the abundance of grace he has poured out on me. I love the plan God has for my life and its even bigger than I expected. I now know that there is only one way to liv and that is with Jesus Christ. 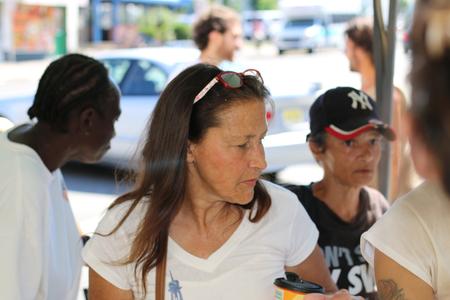 I used to be a heroin junkie who at one point had everything anyone can want. I was a con-artist and destroyed many relationships just to get what I wanted. So later, I never would allow myself to get close to anyone due to fears of hurting them or even that I would hurt myself.

While living on the streets of Paterson, I met a group called Desire 4 Hope. They taught me that even I can be loved unconditionally. They devoted their time to pray for me every time I saw them. They never cared about what I'd done, they only cared about my life being changed by Jesus.

One Monday night, at the end of the night, all the men gathered around me and prayed. They all told me that this week, they were going to life me up in prayer. After praying, they put me in a hotel for a night. They prayed one more time and left me to myself. While sitting in the hotel, I called out to the Lord and accepted Jesus as my Savior.

That following weekend, they brought me to detox and told me they would help with the long term care. That following Thursday, Scott and Tim picked me up to take me to the bus station so I could head out to Kentucky and start the program. When we started to drive away, they told me that they had changed their plans. Instead of me taking the bus, they were going to drive me. They had bags of clothes and food for me that was given by supporters from their church. I couldn't believe this was happening. Jesus has shown me that there is a better life when we walk in the Word of God. He has also shown me how obedience in Christ can bring many blessings to me and my family. Living a christian life has its struggles, because my flesh is weak and it wants to sin constantly, but I know that when I set myself in the Word of god and pray over situations, I can do anything through Christ who strengthens me. 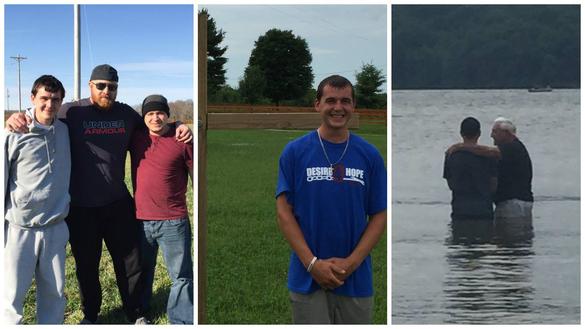 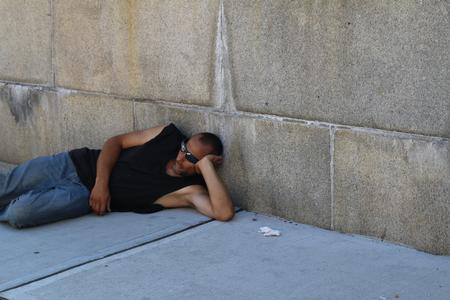 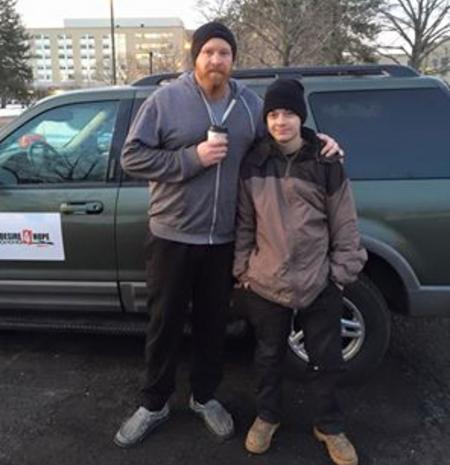 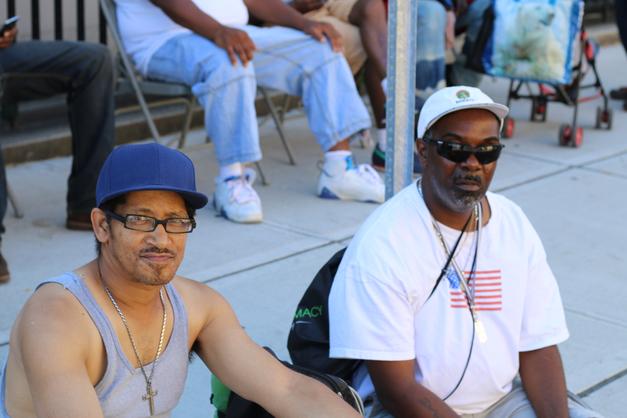 Multiple times a week we are on the streets of Paterson telling people that Jesus is the way to recovery. We always felt as if we were just fighting the heroin addiction. Then as the years went on, God showed us how we were also fighting their fear, their regrets, and their lack of hope. Well this week we learned about a new battle. For the past 6 months we have been ministering to a girl who battles addiction to heroin and crack. She funds her habits as a prostitute and through other unknown resources. Recently we, her included, found out that she was pregnant. The most difficult part is that she is 5 month along, which means the clock is ticking to get her into a rehab and in the care of an OB doctor so they can hopefully, by the Grace of God, minimize the long-term effects to the child. When talking to her, she seemed ready and we had a place waiting for her, but then came the biggest obstacle, a wolf in sheep’s clothing. A man posing as someone who “cares” blocked the whole thing. He had so many fooled as someone who was really there to assist in her recovery until I saw him on the streets bringing her to get high. That raised up so many red flags and led me to the truth. At the end of the day, I know I’m still powerless and God is the one in control. I also know that this is not a situation that is too big for our God. But what I did learn is that God called us to fight a battle that only He can win, so please pray for all the lost out there to find a freedom that is only found through the death and resurrection of Jesus Christ.

“Ah, Sovereign Lord, you have made the heavens and the earth by your great power and outstretched arm. Nothing is too hard for you."  (Jeremiah 32:17)Type your paragraph here. 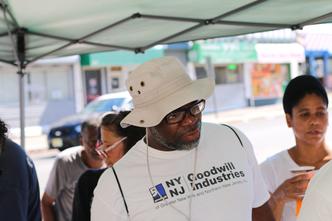 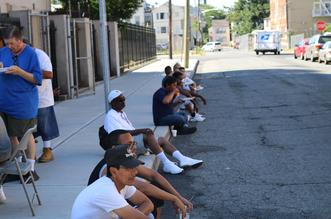 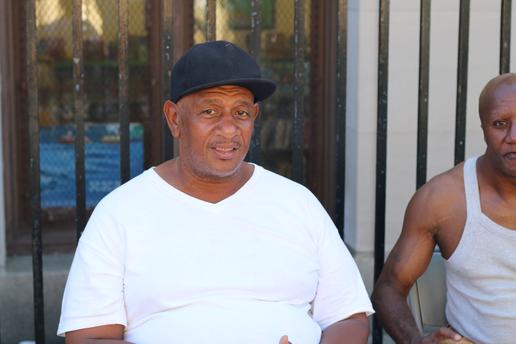 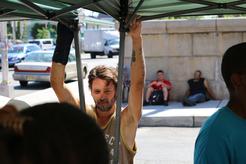 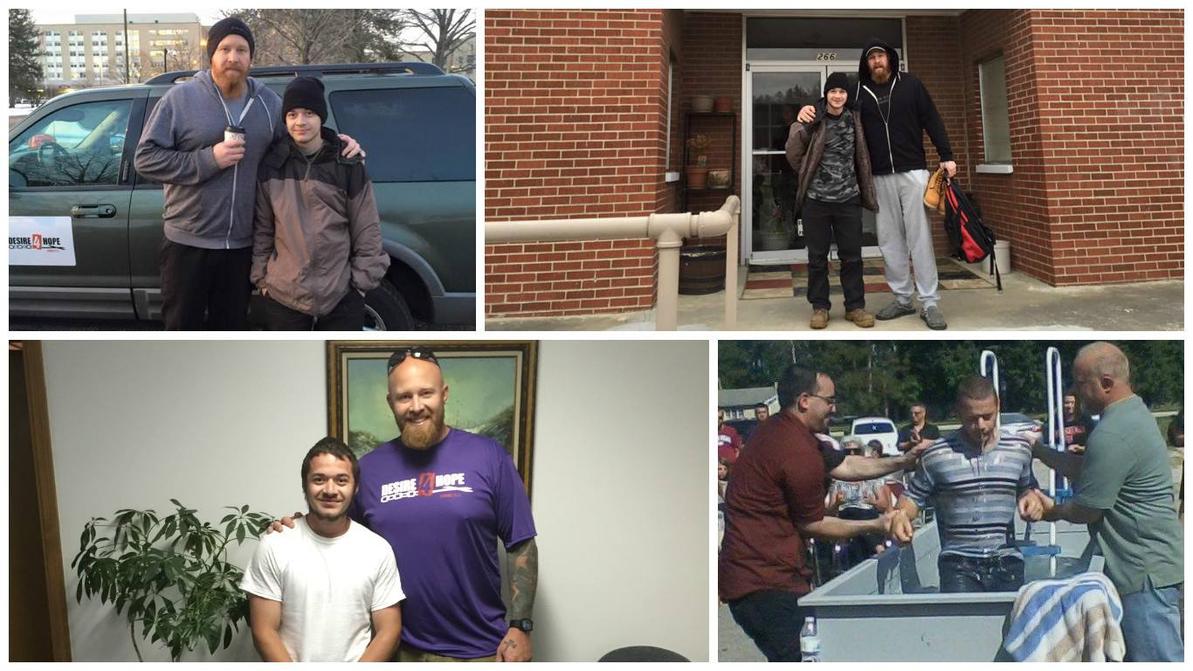 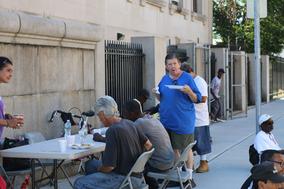 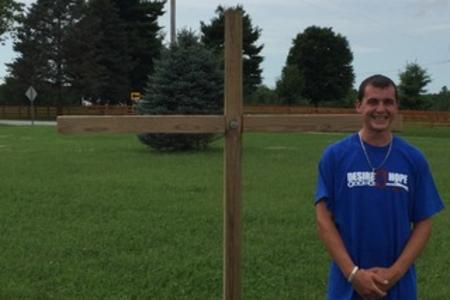 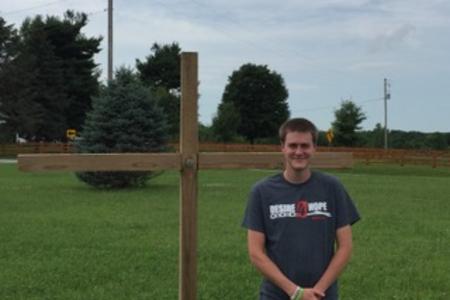 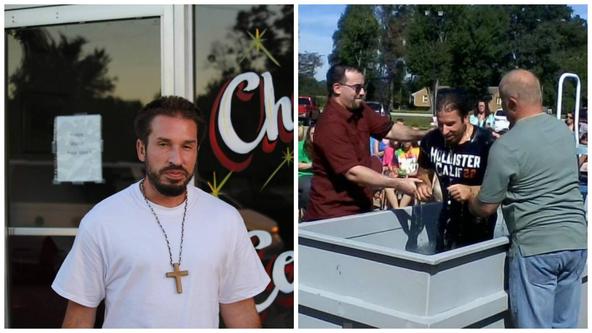 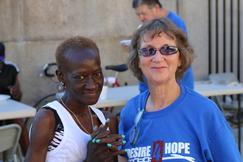 My name is Daniel Rusch. I'm 26 years-old and I'm a new creation! From when I was 10, I felt a void in my life and my soul. There was such an empty feeling inside me and I didn't understand why. So I smoked pot and it filled the empty space I had–or so I thought. After a few short months pot had led me own a dark, disastrous path. So I thought drugs would be the answer. So for a few years coke, week, and booze ran my life. But sometimes I still felt that empty feeling. So after high school I tried heroin in hopes that the void would be eliminated. Yet that started me on a whole new path, a darker, one. One that led me to the streets of Paterson where I was homeless. I even went to prison for two years and as soon as I got out, went right back to the streets of Paterson. All I knew in life were the streets of Paterson and the drugs I did. But one day I was on this bridge and I saw a big truck pull up and a big guy with a beard get out. He told me to come eat, so I went and ate. He asked if he could pray for me. I said no, but they did anyway. A few weeks later, he asked if I wanted to go to detox. He started to ask me all the time and after a few days I finally gave up fighting and said I'd go. He told me about a place in Ohio where he said another big guy, George, went and had loved it. So I went and after a few weeks, I found the Lord. George helped me a lot and it was incredible how I could feel a difference in my life already. God was with me.

A week after I became saved, I got baptized.I didn't do this because I had to, but rather because God spoke to me and saved my life and took me out of darkness and into the light. I love to praise and worship him. He is blessing me beyond words. I can't help but think of the verse in Isaiah 55, "Seek the Lord while he may be found. Call upon him while he is near."

I'm a new man of God now and my life is awesome now that I am walking with the Lord. Try it. It's worth it!